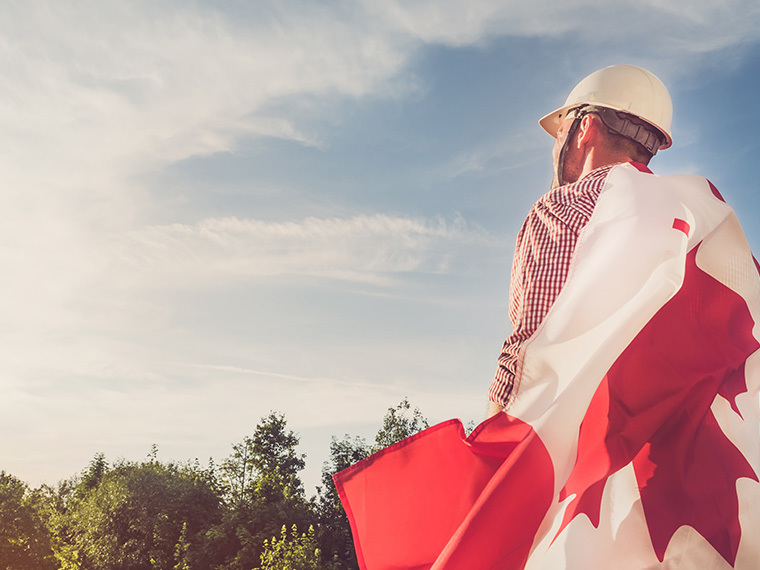 As 2021 came to a halt, Canada’s labour shortages reached an all-time peak. With the baby-boomer cohort heading for retirement, a global pandemic, childcare issues, and a severe skill shortage in Canada, it came as little surprise that economic growth became a viable concern.

Global unsettle has further caused a number of immense challenges in the workplace. The replacement of face-to-face interaction with sophisticated advancements in online digital collaboration have enticed many workers to retain a more flexible approach to work. This shift to remote work has forced organisations to reconsider their offering to employees, with jobs that fail to offer flexibility remaining unfilled. More than ever before, workers are rethinking their careers, and seeking better opportunities with greater potential for both career and personal growth.

While skilled worker programs attract thousands of applicants per annum - with many successfully securing positions and relocating to Canada, immigration has markedly reduced due to the impact of Covid-19. A great 75% of Canada’s growth and economy is achieved via immigration, so this has been of tremendous concern to numerous organisations, and Canada as a whole.

Highly popular and successful immigration programs are often the obvious solution to the problem, particularly with Canada welcoming upwards of 300,000 immigrants a year via the Express Entry scheme and Provincial Nominee program. Yet, as stated in a recent report by The Royal Bank, the 2020’s will see more than five-million Canadians turning 65 as part of the baby-boom cohort, which will leave a tremendous imprint on Canada’s economy and its industries.

Which industries have been affected?

Labour shortages have greatly impacted on numerous industries though hospitality and healthcare have both taken a tremendous hit. Food manufacturing companies are being forced to reduce capacity and focus on key products as absenteeism has created mass bottlenecks within the supply chain. Kitchen helpers, food counter attendants and related support occupations are vastly under-staffed, with vacancies having increased by nearly 12,000 between 2019 and 2020 alone.

Healthcare has equally suffered, with many nurses leaving due to the pressures faced during Covid-19. In Toronto, many rural hospitals have been forced to close so shortages are abundant. Statistics demonstrate that fewer young people are entering the job market due to a lack of symmetry between supply and demand, and much of this is due to the sheer competition for highly-skilled jobs. University is a wonderful preparation for the working world, and is a necessity in many respects. However, physical experience and on-the-job training are a key factor for many hiring organisations, particularly in the wake of a global pandemic where new healthcare workers are expected to hit the ground running. In turn, unemployed youngsters are facing obstacles in securing a suitable position.

According to Statistics Canada, the healthcare profession currently has the greatest number of labour shortages. Many vacancies have been advertised for a period of at least 90-days which is unprecedented.

Which provinces have been affected the most?

Ontario and British Columbia are amongst the provinces that are most impacted by labour shortages, with many small-to-medium sized businesses struggling to fill both part-time and full-time positions. A recent study by Statistics Canada found that almost one-third of companies have vacancies that are remaining dormant up to a month later. Under usual circumstances, such jobs would be filled within a matter of days.

Other provinces that have been greatly affected are Quebec, Atlanta and New Brunswick, all of which provide their own unique pathways for securing work in Canada. Overall, the most in-demand positions include computer network technicians, electrical and electronic engineers, media developers, civil engineering technicians, healthcare workers, orderlies and patient service associates, early-infant teachers, IT professionals, carpenters, psychiatric nurses, computer engineers and welders. However, these requirements will vary from region-to-region.

This inability to fill vacancies means that organisational growth is greatly hindering; the recruitment of foreign workers has never been as salient.

Despite the implications of such labour shortages for the Canadian economy, there is excellent news on the horizon for migrant workers. A Canada Statistics report in January 2022 has revealed that labour shortages are highlighting the importance of foreign workers, with immigrant wages rising significantly to fill the gaps. Much of the reason behind this is the growing number of immigrants that are utilising trustworthy economic immigration programs, thus enabling them to contribute to the Canadian economy. With a broad understanding of either English of French – Canada’s primary-spoken languages, a recognised post-secondary education and the appropriate skills or experience, many immigrants are currently earning more than the average Canadian worker.

The Conference of Canada has further highlighted the importance of specialist pathways for immigrants that have received a job offer from a Canadian organisation. They have also committed to highlighting provinces that attract less immigrants, yet have a high rate of in-demand roles. With this in mind, immigration will be a more seamless transition for both employers and foreign workers, with lengthy waiting times no longer necessary. In fact, with a finely tuned immigration program and the essential professional guidance, workers can be relocated in just a few weeks from the submission of their application.

As Canadian organisations begin to incorporate incentives such as higher wages, job flexibility, paid holiday, improved working titles and bonuses. there has never been a better time for foreign workers to seek opportunities within the Canadian labour market. However, selecting the ideal candidate can be time consuming, long-winded and expensive if errors are made during the application process. Most roles will require the completion of a Labour Market Impact Assessment (LMIA) to verify that a foreign worker is required for the position; a process that is not without complication!

There is also the aspect of selecting the most appropriate immigration pathway for candidates. With a wide range of immigration programs available, it is essential that the most rapid and efficient route it sought.

For these reasons and many more, it is advisable to seek professional guidance. An expert immigration consultant will co-ordinate the most appropriate program, advise with documentation and ensure that the outcome is both positive and rewarding.

Please get in touch with a Vazir group consultant for advice on Canadian immigration.